Chloë Saint-Denis presented a magical film piece at the Arc Film Festival 2019. Sitting in front of her home for the four days of the Arc Alica Humm has aked her some questions about her wonderland in Life Compass. 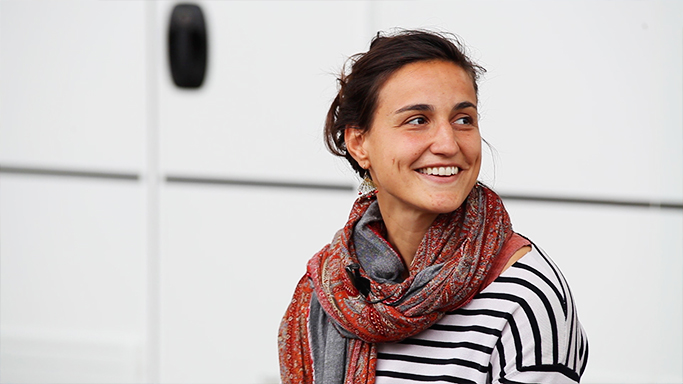 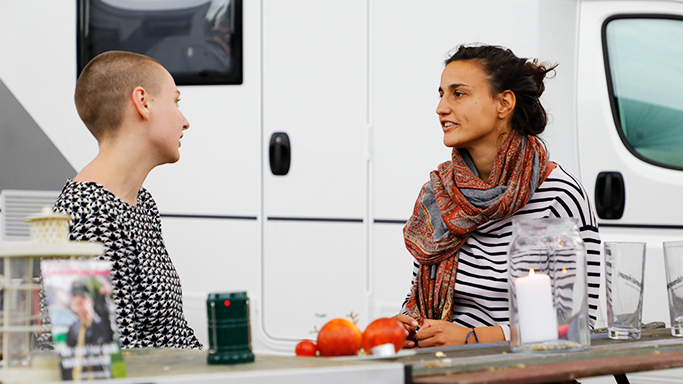 Alica: So who are you? And which film do you present?

Chloë: I am Chloe Saint-Denis and I'm a French and American and Spanish and Hungarian, many origins. I studied in London. This film that I'm presenting here is called “Life Compass” and it's actually a student film that I made in 2016. It's a short film, seven minutes and it's a documentary actually on three children. They go on an imaginary safari in this magical landscape where they build sceneries for theatres and all of that. And you kind of dive into their world.

Alica: How did the idea get to you?

Chloë: Everything was kind of a magical. Encounter where I was actively seeking an idea because I was under the pressure of school to produce something. Everyday I was out scouting, looking for ideas, challenging my thoughts. It was kind of that day where I actually wanted a day off. My mom was insisting on me coming. She was telling me she had a meeting over there and it's a magical place. So I started filming just the objects, magical sceneries here and there. But there were just dead objects, beautiful. And then the camera kind of tilts and then I have eye contact with this little girl. We just looked at each other in a really naive way and then I just asked: “Can i play with you?”, and they're like: “Yeah!”. And then they just go back to driving the car and whatever they were doing.

Alica: Where there any difficulties working with the kids?

Chloë: It was very fluid. I think I was very blessed. It was like a moment of grace where it's like a gift and everything that I filmed was used. Most of the things that I shot were used in the documentary and usually documentary filmmaking it's a lot of the footage that's useless and that was just super fluid yeah so really no obstacles. I like the dynamic that I had with the children. I didn't know their names. We didn't even ask each other. It's like: You're just a kid yourself. And you just want to ask: “Hey can i play with you?” and then you go into it. But I can see that there even though we didn't really talk we just played I influenced them because one of the girls started picking up an object - because they invent all sorts of inventions - they just pick an object and they say “oh, this is like a solar lunar capsule” to you. “Now see the moon!” Or whatever and she picked up a box like that’s a metal box. She started filming as if she was a filmmaker herself so it was kind of a meta film you know. I was filming them filming themselves. So first of all I'm more of a documentary filmmaker and I like to find. I think I like to find the magic in what's surrounding us. Kind of finding the Yeah, the magic in the ordinary stuff that we sometimes don't pay attention to. My intention is kind of to bring the camera onto that and to the subtle subtleties of the beauty in life, you know? I think I'm fascinated with people who think outside of the box. And to kind of bring this vision, the beauty of life, even through the struggle. It doesn't mean that it has to be like very utopian film actually. I think there's a lot of beauty in in the misery and the struggle. All that as well. I think I like the act of storytelling and in today's world unfortunately we don't really gather around a fire anymore to listen to the elders. The transmission, the idea of transmitting knowledge and the best way to transmit things is not necessarily like in a teaching method. Here you know with a Cherokee you know but you if you tell a story and use poetic language and symbolism even if it's intuitive and sometimes you're not even aware of it you really convey the feeling better. The message and you inspire people as well. You know?

Find the short synopsis to the film, here:

This website uses cookies. To avoid cookies, you can change the security settings in your web browser. How these are adjusted depends on which web browser you have.OkErfahre mehr